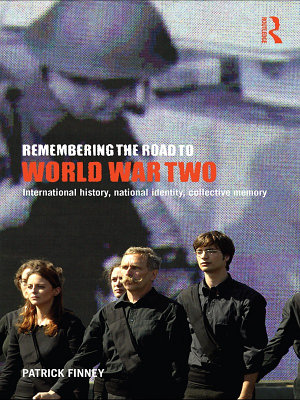 ‘This is comparative history on a grand scale, skilfully analysing complex national debates and drawing major conclusions without ever losing the necessary nuances of interpretation.’ Stefan Berger, University of Manchester, UK Remembering the Road to World War Two is a broad and comparative international survey of the historiography of the origins of the Second World War. It explores how, in the case of each of the major combatant countries, historical writing on the origins of the Second World War has been inextricably entwined with debates over national identity and collective memory. Spanning seven case studies – the Soviet Union, Germany, Italy, France, Great Britain, the United States and Japan – Patrick Finney proposes a fresh approach to the politics of historiography. This provocative volume discusses the political, cultural, disciplinary and archival factors which have contributed to the evolving construction of historical interpretations. It analyses the complex and multi-faceted relationships between texts about the origins of the war, the negotiation of conceptions of national identity and unfolding processes of war remembrance. Offering an innovative perspective on international history and enriching the literature on collective memory, this book will prove fascinating reading for all students of the Second World War.

Authors: Mark R. Frost
Categories: History
Over the past four decades, East and Southeast Asia have seen a proliferation of heritage sites and remembrance practices which commemorate the region’s blood

The War of Our Childhood

Authors: Gavriel D. Rosenfeld
Categories: History
Analyzes how the Nazi past has become increasingly normalized within western memory since the start of the new millennium.