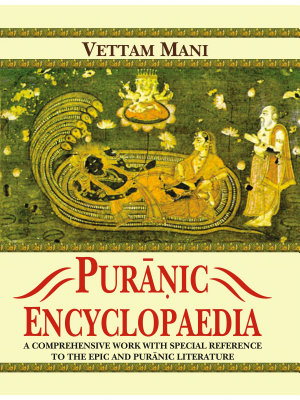 This voluminous work, a store house of information about the Epics, Puranas and allied literature, was originally composed and published in Malayalam. It constituted the results of the author's devoted study and research extending over fourteen years. This English version of the same is to meet the growing demand of scholars interested in the study of Puranas. This stupendous work, in the form of an exhaustive descriptive index, covers the vast and varied field of ancient Indian culture in all aspects-history geography, religion, philosophy, myths, beliefs and practices as depicted in the Epics and Puranas. The work is planned on scientific lines. The material compiled is arranged systematically. Citations have been inserted in support of stated facts; at places they have been substituted by reference. Obsolete and obscure words, denoting objects such as a particular tree or plant have been explained by their scientific or vernacular equivalents. All modern critical apparatus has been utilized in the preparation of this comprehensive work.

Authors: Vettam Mani
Categories: Reference
This voluminous work, a store house of information about the Epics, Puranas and allied literature, was originally composed and published in Malayalam. It consti

Encyclopaedia of Puranic Beliefs and Practices

Encyclopaedia of the Hindu World